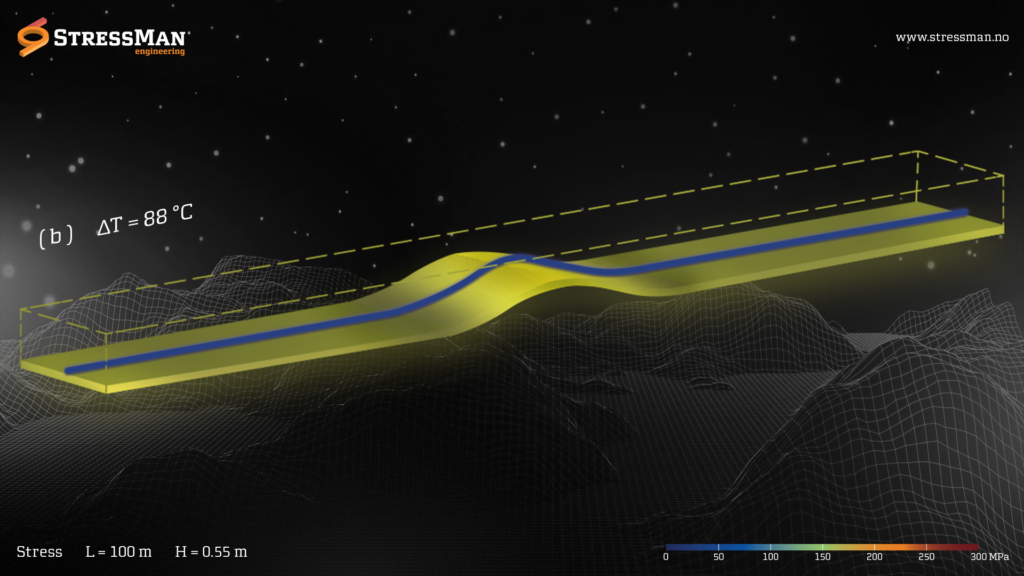 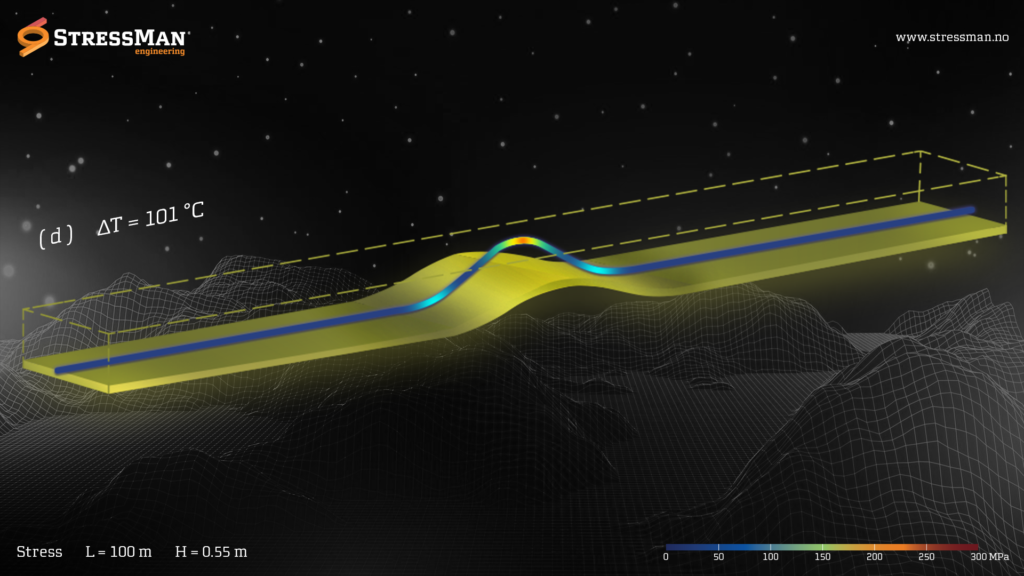 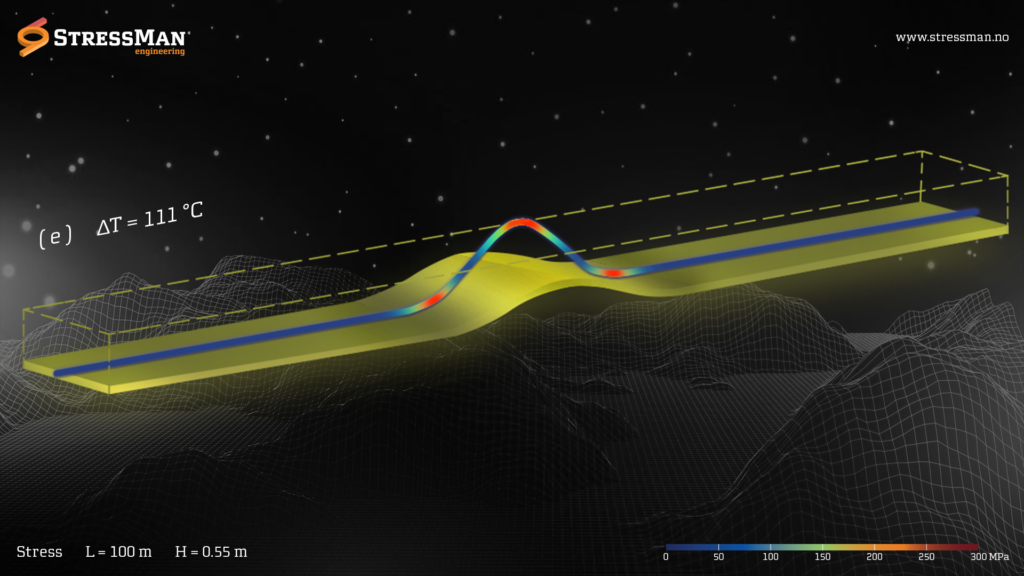 At Stressman we are aware of the major concerns for subsea hydrocarbon pipelines design.

One of the major issues for subsea pipelines subjected to high pressure and temperature conditions is upheaval buckling (UHB).

UHB occurs when the pipeline moves upward and loses contact with the seabed creating a large transverse deformation driven by the effective axial force. Upheaval buckling constitutes an unstable state for the pipeline that can lead to potential failure modes such as rupture, collapse, overstress, fatigue, etc. For that reason, UHB analysis must be taken into consideration to assess the likelihood of failure and provide preventive measures to avoid this phenomenon.

UHB is commonly observed in buried pipelines because of the lateral soil resistance provided by the backfill in the trench forces the pipeline to relieve the axial forces in the weakest direction available, i.e., the backfill soil cover on the top of the pipeline. However, unburied pipelines are also susceptible to UHB when the pipeline is laid over significant imperfections at the seabed that combined with sufficient lateral soil resistance initiate the upward buckle.

As mentioned above the driving force for the UHB phenomenon is the effective axial force that accounts for the residual lay tension, pressure (including end cap effect), and temperature effects. The effective axial or longitudinal force is given by the following equation according to DNV-OS F101.

The residual lay tension is the unique tensile element of the effective axial force and it can be computed from FEA analysis. However, for simplicity it is usually neglected from the analysis allowing to obtain a more conservative outcome for the UHB analysis.

The likelihood of UHB is closely related to the seabed geometry, this means that a pipeline trenched and buried over an uneven seabed is more susceptible to suffer upheaval buckling due to the props and imperfections along its route. Similarly, pipeline crossing with existing lines shall be carefully evaluated for the same reason.

There are different ways to prevent or mitigate UHB in subsea pipelines, some of them include: